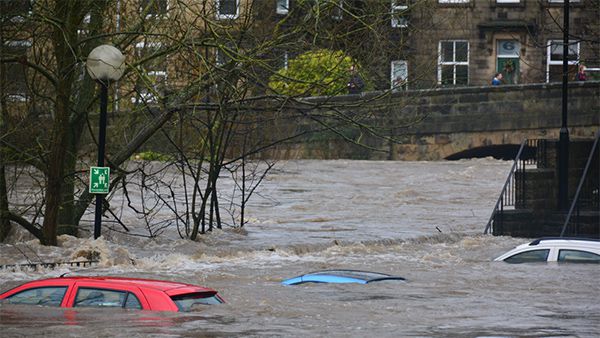 Bond returns are negatively impacted by climate-related news, including coverage in newspapers, climate conferences and regulatory proposals, a study by Candriam and the Kedge Business School has found.

It analysed the sensitivity of more than 3,100 euro-denominated investment grade bonds from the Markit IBOXX EUR Corporates universe to climate risks using a proprietary Climate Awareness index, over a period from 2015 to 2020.

The index used a series of news items from the Media and Climate Change Observatory (MeCCO), which monitors 120 media sources in 54 countries across the world, including 31 European newspapers.

This data created a so-called Climate Change Beta, which reflects the climate risk intensity of the corporate bonds in the sample.

The results revealed that bonds do react to climate change news, including conferences, and the impact is negative and proportionate to the level of news in the media.

Christophe Revelli, professor of sustainable finance and impact investing at the Kedge Business School, said: “Our conclusion is that when the regulatory or transition risks rise, bonds reflect a portion of the risk in their prices.

“Interestingly, bonds seem more sensitive to these risks than to news of individual weather disasters such as hurricanes.”

As a result, Revelli said investors should take account of environmental risks in their overall analysis of bonds and their place within a portfolio.

The analysis found the industries most negatively affected by increased climate news were real estate, industrials and consumer discretionary. This was followed by the obvious culprits of energy, materials and utilities.

“We attribute this to perception of climate regulatory risk,” said Revelli. “The obvious suspects are already viewed by the market as ‘at risk’ of increased climate regulation.”

Meanwhile, longer maturity bonds were hit harder than shorter-dated debt, due to the increased proximity of their maturity dates to the EU’s emission reduction deadlines. The bloc has the objective to reduce emissions by at least 55% compared to 1990 levels in 2030, and to net zero by 2050.

Revelli explained that the latest research differs from existing ESG ratings, which are inconsistent, in that it analyses security returns against an “objective definition” – in this case climate news.

This suggests ESG integration in fixed income requires “investment signals, or information inputs, which are specific to the fixed income asset class”, he added.

The research concludes: “Historical bond performances show that a portfolio that minimises climate concerns is better off than one that maximizes climate opportunities. As stated by the SRI concept, investors should avoid issuers with environmental risks persistently.”