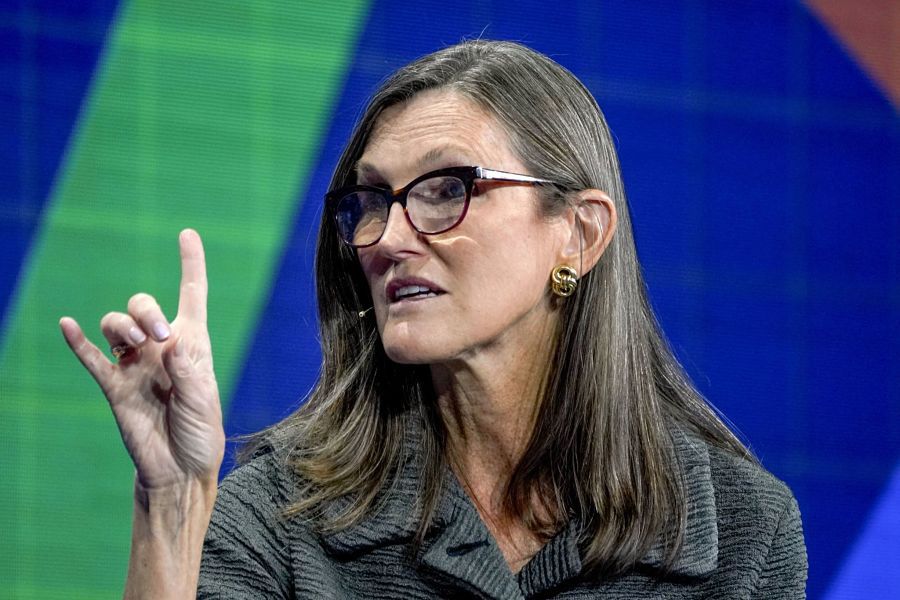 The ARK Transparency ETF (CTRU) began trading a day after every one of its siblings jumped thanks to the global risk rebound. Tuesday’s surge in American growth shares saw Wood’s flagship product, the ARK Innovation ETF (ARKK), post its biggest advance since March.

It’s a tentative reprieve for Wood and her firm ARK Investment Management. The past few weeks have been brutal for its tech bets, as a hawkish turn by U.S. monetary policymakers slammed speculative stocks and those whose value is linked to expected earnings far into the future. Higher interest rates make those profits less appealing.

Now, tech is stabilizing as investors spot a chance to buy the dip. ARKK rose 3.1% in New York on Wednesday, while CTRU closed up 0.5% and saw about 275,000 shares worth $5.5 million traded in its first day.

Rather than focus on a disruptive technology, CTRU taps into the boom for investments with higher environmental, social and governance standards. It tracks an index of the 100 “most transparent” companies, several of which already appear in ARK’s holdings, like Tesla Inc. The gauge excludes industries including alcohol, banking, gambling, and oil and gas.

The firm’s last launch was the ARK Space Exploration & Innovation ETF (ARKX) in March, at the height of Wood’s popularity. It became one of the biggest debuts in ETF history when more than $294 million worth of shares changed hands on its first day.

“There have been a plethora of ESG ETFs come to market, and at this point in time, I don’t think the evidence exists that there’s real grassroots demand from investors for these products,” said Nate Geraci, president of The ETF Store. “Whereas I look at a segment like the Space Exploration and Innovation ETF — from a thematic ETF perspective that’s something that will grab investors’ attention. And I also think that fits with the disruptive innovation theme that Ark hangs their hat on. Whereas ESG, in my opinion, doesn’t necessarily fit with the disruptive innovation branding.”

The new fund arrives as market volatility exacerbates meager performance for ARK in 2021. Last week was the worst for ARKK since February as it plunged 12.7% to the lowest in more than a year, and only two of the firm’s existing funds are up in 2021.

However, all of them have generated net positive inflows as investors buy into Wood’s long-term vision. ARKK jumped 5.4% amid the Tuesday rebound, while the eight products overall delivered an average 4.3% each.

“Ultimately, this ETF’s success will hinge on performance,” said Geraci. “If the transparency approach can result in alpha, then clearly investors will take a second look here. But that’s something that’s going to have to be proven over a period of time.”