Candriam to divest from coal, tobacco and weapons 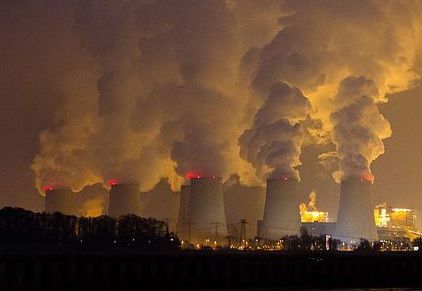 Investment group Candriam is to completely divest from coal and tobacco in its active, smart-beta, indexed and alternative strategies – which total €113 billion – by the end of 2018.

The company, which is already known to operate an exclusion policy for its SRI-invested assets has now extended the policy to its entire fund range, excluding all assets linked to thermal coal, tobacco and chemical, biological and white phosphorus weapons.

Naïm Abou-Jaoudé, chief executive officer of Candriam, said the move was part of the company’s commitment to sustainable investing and underscores the group’s ambition to being a leader in this approach to investing.

“Coal is the most polluting energy source and the first stranded asset in an energy transition pathway, while the harmful effects of tobacco are increasingly exposed,” he said.

As part of its drive to take the crown for sustainable investing, Candriam has also put its money where its mouth is, donating 10% of revenues from its SRI funds to initiatives related to research and education on SRI and social inclusion projects.

“We recognise the important role asset managers play in tackling major global issues such as health and climate,” Abou-Jaoudé added.

In addition to operating the exclusion policy for all assets under management, the investment group said it will “ban” all companies in its portfolio from launching new coal projects.

This ambitious decision follows news in July that two of the most widely-held British banking groups Standard Chartered and HSBC had agreed to finance half a dozen new coal power plants in Asia, a move criticised at the time by green campaigners.

“Over the years we have witnessed a growing concern over involvement in a range of controversial activities, Vincent Hamelink, chief investment officer of Investment Management added.

“We believe that the health, social and environmental costs are key in a risk-return analysis. Extending our divestment strategy to our mainstream funds is a logical next step as investments in these companies are increasingly incompatible with our long-term risk/return objectives and our sustainability targets such as the 2 Degrees Initiative.”