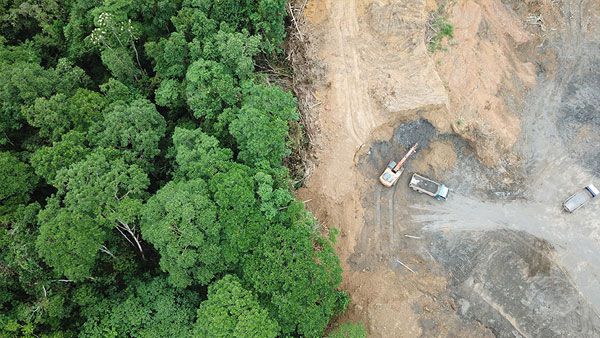 Brazil risks being left behind in the transition to net zero and should issue a sovereign bond with interest payments tied to its success in reducing deforestation, according to a report by Planet Tracker and the Grantham Institute.

The report, called Brazil: Roadmap to sustainable sovereign bonds, set out how Brazil could move from its current environmentally unsustainable course to one that would boost the nation’s sovereign health. It recommended Brazil should:

Furthermore, the report added the sovereign bond ought to have a key performance indicator based on its target of zero illegal deforestation in the Brazilian Amazonia by 2030, the authors argued.

Co-author of the report and Planet Tracker director of fixed income & head of land use programme, Peter Elwin, said: “A deforestation-linked sovereign bond (DLSB) would be an effective way for Brazil to align its fiscal and sustainability ambitions with those of the capital markets.

“Deforestation is depleting Brazil’s natural capital base, threatening its economic health, and issuing a DLSB would be a strong statement by Brazil that it was intent on following a different path.”

The report pointed out as 2030 approaches and investors align their portfolios with net zero they may face pressure to sell Brazilian bonds. It added investors should therefore engage the Brazilian government, policy makers and regulators for a green and just recovery from the Covid-19 pandemic, to end illegal deforestation and reduce legal deforestation and to ratify the Escazu Agreement for indigenous peoples’ rights.

“We expect investor attention on Brazil’s macro-economic fundamentals and the extent to which its sovereign bonds fail to align with investors’ sustainability objectives to increase.

“Credit ratings are not providing investors with sufficient warning of the risks created by Brazil’s depletion of its natural capital,” Elwin added.

Bumps in the road

Asset manager BlueBay has been engaging the Brazilian government and drawing attention to the risks to its portfolios from continued deforestation. Graham Stock, EM sovereign research at BlueBay, welcomed the report saying it was, “very valuable evidence of Brazil’s economic dependence on its natural capital.”

Stock said any signal the government was commitment to ending illegal deforestation would be very positive but there would be significant practical obstacles to structuring a DLSB.

“We would evaluate any issue on its merits as an addition to our clients’ portfolios,” Stock added.

According to the asset manager, obstacles include: