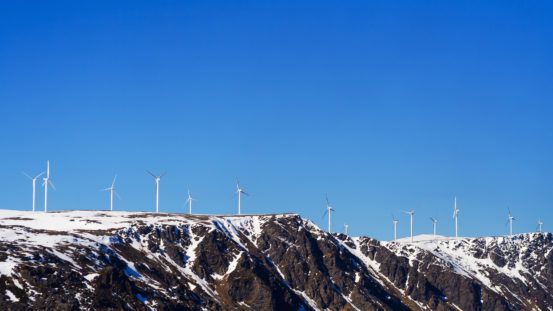 Blackrock has entered into an agreement to acquire a 197.4-megawatt (MW) wind farm project in western Norway from wind farm developer and operator Zephyr.

Zephyr, will continue to manage the 47-turbine wind farm’s construction which will cost about €200m and is expected to be completed by the end of 2020.

The Global Renewable Power II fund has invested more than 75% of its $1.65bn of investor commitments in a diversified portfolio of 12 renewable power infrastructure assets around the world.

One completed the Guleslettene wind farm will have the ability to produce enough electricity to power more than 40,000 houses, the group said.

The project is about 10km north of the city of Floroe and US aluminium producer Alcoa will buy all electricity produced for a period of 15 years to power its Norway-based production plants.

“We view the Norwegian renewables market, and the Nordic region more widely, as an attractive market for wind projects and we have to date invested in close to 600MW of wind projects across Norway and Sweden producing enough electricity to power more than 300,000 European households,” said Sverker Åkerblom, director and portfolio manager in the renewable power investment team at Blackrock.

Blackrock’s has US$5bn of assets under management in the renewable power sector globally and has invested in over 170 wind and solar projects around the world.