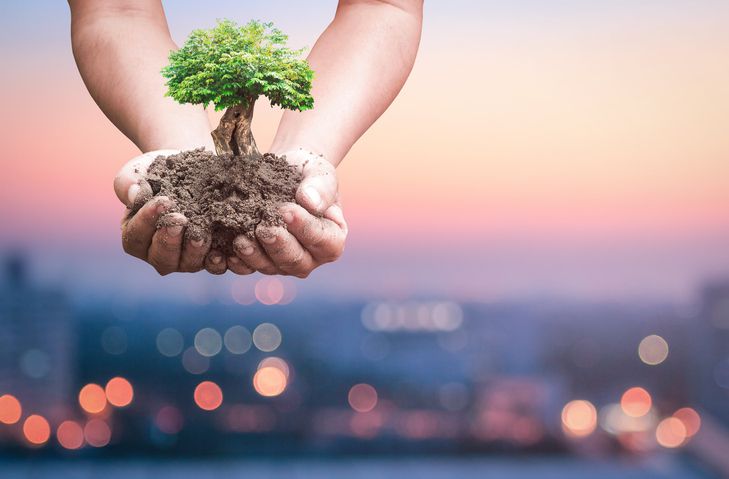 Investing $1.8 trillion in climate resilience in the next decade would bring total net benefits of $7.1trillion, a new report from the Commission on Adaption argues.

It has adopted the language and techniques of cost benefit analysis in a bid to convince governments, investors and other agencies to radically increase investment in the next decade.

The report is entitled Adapt Now: A Global Call for Leadership on Climate Resilience. It identifies five key areas for investment though it adds that these areas represent only a portion of the total investment needed and total benefits available.

The report finds that the overall rate of return on investments in improved resilience is high, with benefit-cost ratios generally ranging from 2:1 to 10:1 and in some cases much higher.

Launching the report, Ban Ki-moon said: “Mitigation and adaptation go hand-in-hand as two equally important building blocks of the Paris Climate Change Agreement. Adaptation is not only the right thing to do, it is also the smart thing to do to boost economic growth and create a climate resilient world.”

Gates added: “With greater support for innovation, we can unlock new opportunities and spur change across the global ecosystem. Adaptation is an urgent issue that needs support from governments and businesses to ensure those most at risk have the opportunity to thrive.”

The report highlights many economic, social and environmental benefits of adaptation.

The report calls for revolutions in understanding, planning and finance—in order to ensure that climate impacts, risks and solutions are factoring into decision making at all levels.

We now quote some examples from the report in detail.

“The world’s farmers could achieve greater crop and livestock yields with improved management, and some interventions can disproportionately help respond to climate change even in the difficult context of dryland agriculture, interventions are likely to yield large economic returns.

“Governments, development agencies, and the private sector should boost funding for demand-driven research and development. R&D is crucial to address climate stresses on crops from increasing heat, drought, and disease. For example, extreme heat has highly adverse effects on the yields of staples such as maize, wheat, and rice, as well as on important cash crops such as arabica coffee and cocoa.

“Research is needed not just to test more heat-tolerant varieties but also to find physiological and genetic drivers. In Zimbabwe, farmers using drought-tolerant maize were able to harvest up to 600 kilograms more maize per hectare than farmers using conventional maize.

“Another study of research by the CGIAR system (formerly called the Consultative Group on International Agricultural Research) found benefit-cost ratios ranging from 2:1 to 17:1.

“Consistent funding streams for long-term projects, particularly on less-researched orphan crops, such as sorghum, cassava, and pulses, are important for food security in low-income regions, and those crops can benefit from modern molecular techniques.

“Farmer-driven research, including participatory plant-breeding and last-mile adoption of technologies from researchers to the farm level, also have produced many successes.

“Agriculture agencies to improve the distribution of seeds, the protection of genetic crop diversity, and the rate of development of new crop varieties.

“Crop modelling studies suggest that existing crop varieties could withstand much of the direct heat effects (but less of the precipitation effects) of 2°C of warming if they were adapted to become locally available and if farmers adopted them.

“Yet in much of the world, including Africa and India, it takes far longer for new crop varieties to become available than in developed countries. It is thus important to more rapidly develop improved crop varieties for farmers, reduce barriers to the sale of improved seeds, and increase market access, particularly in Africa.

“The use of digital communication and farmer-to-farmer education can both amplify traditional extension and provide critical weather information for farmers to make planting and harvesting decisions.”

“Data and analytics can also be used to improve disease surveillance and the development of early warning systems. Digital soil maps are critical for farmers to understand their local soil health and respond accordingly.”

The report also wants to accelerate work in several areas. We quote two.

“Urban areas are home to more than half the global population and are centers of opportunity and innovation. Adaptation efforts, if designed well, can take advantage of this transformative energy and generate high economic returns. In coastal cities, for instance, the cost of good adaptation is one-tenth the cost of no action.

“To plan and deliver more resilient urban services, cities everywhere need to invest in better climate risk information and technical capacity, drawing on credible topographic and community-level data. They should also invest in nature-based solutions to tackle water and heat risks, and in upgrading the living conditions of the 880 million people living in informal settlements that are highly vulnerable to climate change.”

“Ports, roads, power, sanitation, sewer, and communications systems are all examples of infrastructure assets at risk from climate change. Climate-proofing existing infrastructure and building new infrastructure that is more climate resilient makes sound economic sense—on average, the benefits outweigh costs by 4:1. Investments in infrastructure need to directly build resilience, whether for storm-water drainage in cities or protecting coastal communities against sea-level rise. This will require developing blended public-private approaches that share the costs and benefits of investing in resilient infrastructure.”