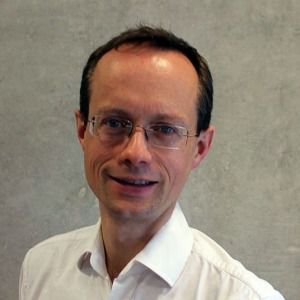 Big Society Capital (BSC) is set to implement several measures to make it easier for social enterprises to secure investment.

These include developing geographical-specific investment funds with other funders. Decisions will be made locally about where the money goes to overcome any power imbalance between the investor and enterprise.

The firm is also exploring a “reverse market” which would allow social enterprises to showcase their proposals to investors and put them in the driving seat.

BSC invests in organisations that create social change and has warned that fundraising needs to be made easier to assist organisations to access funding.

“Raising money is hard. This is a consistent message from charity leaders and social entrepreneurs of all types. It feels as if power sits with the funder rather than the recipient,” said Stephen Muers, Big Society Capital’s head of strategy (pictured).

“Many grant funders are trying to streamline the fundraising process and give more core and unrestricted grants. [We have asked], can we make similar changes in social investment?”

BSC said it aims to use its influence as an investor to develop schemes that aid social investment.

It aims to ‘embed the voice’ of the organisations into new funds. “For example, we have consulted 70 women’s organisations for a proposed new property fund providing housing for vulnerable women,” Muers said.

The company also plans to take its Good Finance Live format out around the country, where it will visit the Midlands, Scotland and the South West over the next year. This event connects investors to local social enterprises and charities looking for investment.

“We are exploring more ways that we can bring the voice and views of social enterprises and charities to all the actors in the social investment market. This is a core part of BSC’s market development role,” Muers added.

According to latest figures from BSC, the UK social investment market is worth over £2.3bn, spread across approximately 4,000 transactions. This represents a 17% increase year-on-year from the end of 2016 to end of 2017.