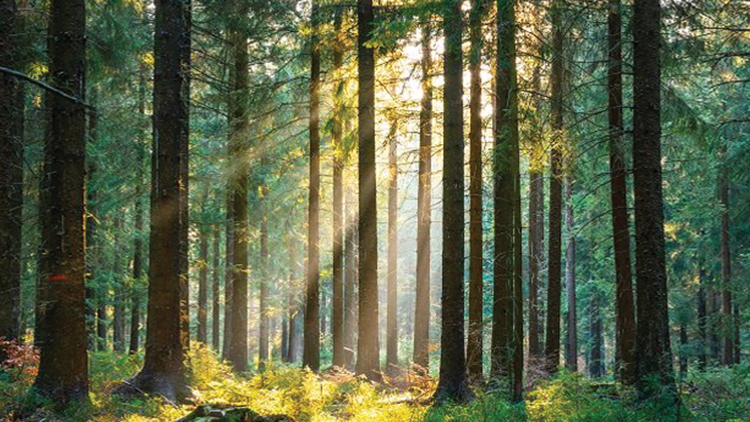 NCX works with small forest landowners, who delay cutting timber in exchange for money from corporations that in turn receive carbon credits

With that new infusion, NCX, which was previously known as Silvia Terra, has raised a total of nearly $77m, according to data from Crunchbase.

It’s the latest in an industrywide influx of cash the US carbon credit market, which is now valued at more than $1bn, according to a report this week from Ceres.

The Series B funding will help NCX expand beyond the US as well as into “new natural capital markets,” the company said in an announcement.

“We started with applying our forest data, AI-driven remote sensing and rigorous accounting practices to carbon in the US, but if we are going to make a significant impact on climate goals, it is going to take more than just US forests,” NCX CEO Zack Parisa said in the company’s announcement. “We also know that society values forests for reasons beyond carbon and timber, such as wildlife habitat and water yield. NCX is going to apply our data, science and forestry practices to build markets that create the forests society wants and needs.”

NCX works with small forest landowners, who delay cutting timber in exchange for money from corporations that in turn receive carbon credits. The company uses satellite images and data to assess a forest’s range of tree sizes, as well as species, to calculate the carbon offsets for not cutting them down.

It started that program last year, with a total of about 2,500 landowners participating, representing 4.3 million acres in 39 states. That resulted in 1.13 million metric tons of carbon dioxide equivalents being offset, according to the firm. In a new cycle started in December, NCX is working with 1,800 landowners, with a total of 2 million acres in 39 states, the company stated.

Across the industry, there are three types of forest carbon offset projects, according to a 2019 paper from the NC Cooperative Extension. Those include afforestation or reforestation, avoided conversion and improved forest management.

“Much of the growth in the voluntary carbon market is driven by corporate net zero commitments, which have also seen unprecedented growth in the last year,” this week’s report from Ceres read.

More than a quarter of large US companies, including those that produce high emissions, have set targets for net zero, the group wrote. However, a common criticism of that trend is that many companies are using carbon credits to defer taking action on their own emissions.

“Companies that rely heavily on offsetting are, in some cases, also being accused of pushing the costs and responsibility of mitigating climate change to less wealthy communities in the Global South, where much of the potential for forest carbon credits exists,” Ceres noted. “At the same time, corporate offsetting with carbon credits generates a vital source of finance for projects that contribute to climate mitigation, resilience and sustainable development goals.”

The non-profit group issued its updated report in part to help financial firms and companies understand the limits of carbon credits in net zero plans.

Relying too much on them creates greater systemic climate risk, Ceres said. But for individual companies, it could also lead to reputational risks and even litigation risks.

“Carbon projects that occur on land where traditional or customary rights are not respected could result in land conflicts or disputes with Indigenous Peoples and local communities,” the report noted. “Companies involved in the development or financing of such projects would be at risk if legal action is pursued.”

Rather than using a carbon credit strategy as a pillar of a net-zero strategies, companies should reserve their use for carbon emissions that are impractical to abate, according to Ceres. Instead, companies’ own emissions, as well as those associated with the energy they use and the emissions along their value chains should be prioritized, having a much larger net impact.

Investors should evaluate a company’s net-zero target, science-based targets for its value chain and the proposed transition plan, Ceres said.

“Companies that make weak or vague net-zero pledges without a real commitment to decarbonize their value chain emissions can expose investors and banks to material business risks and continue to exacerbate the systemic risk of climate change,” the report stated.