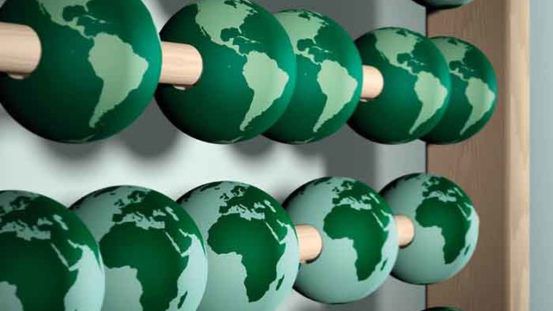 A recent warning that 14 UK pension schemes should make a public statement on the measures they are taking to mitigate climate risk, or face litigation, is one of several recent moves increasing the heat faced by the industry around climate change reporting, according to commentators.

Will Oulton, global head for responsible investment at First State Investments, said: “This case follows other similar cases and reflects growing acknowledgement that we need more detailed reporting around the issue of climate change.”

The environmental audit committee published responses it received from the UK’s 25 largest pension funds in February this year detailing the funds’ approach to climate change risk and whether it is – or isn’t – incorporated into their investment decision-making.

Funds described by Mary Creagh MP, chair of the environmental audit committee,  as “worryingly complacent” during this process are those that have been targeted by Client Earth.

“There is a growing awareness that the financial affect of high carbon emissions is substantial and that companies must prove to investors that they are able to operate in a new low carbon world.”

Although the Client Earth warning may just reflect increasing concern about climate change, one legal case launched in July might actually mark a sea change for the financial services industry. It saw a 23-year-old saver launch a case against AUS$50bn Australian Superfund REST.  The investor is seeking information on what the trustees know about the impact climate change will have on his investments, and what the fund is doing to mitigate downside risk.

This case coincides with growing collaboration in the financial services industry around climate change. For example the Task Force on Climate-Related Financial Disclosures (TCFD) was set up by the G20’s Financial Stability Board at the end of 2015 to develop a framework which was launched in June last year.

A survey released last week, found that most of the disclosures of 1,700 companies were aligned with at least one of the task forces four recommendations. Ian Simm CEO of Impax, a company which works on resource efficiency and environmental markets, argued that this initiative is a breakthrough. “This global body is putting significant pressure on regulators around the world to develop reporting standards on carbon emissions.”

Similarly, Mark Carney chairman of the Financial Stability Board (FSB) said: “Climate disclosure is becoming mainstream. Over 500 companies are now supporters of the TCFD, including the world’s largest banks, asset managers and pension funds, responsible for assets of nearly $100trn.” The body had the support of just 100 firms when the framework was launched last year.

The UK government is currently consulting as to whether it should create legislation like France’s article 173 Climate Risk Reporting Law, or just supplement existing regulations with legislation or guidelines and guidance around climate change, it is likely to release recommendations by Q4 2019 according to Simm.

He went on to say that he would like to see these developments progress in several key ways. “It is important that companies look at climate risk using simple scenarios such as implementation of a carbon tax. Similarly, risk analysis needs to be quantitative rather than qualitative.

He also explained that he felt the UK financial services industry should take a lead on creating standards and norms around physical risk: “We have a world leading environmental science community and are a global centre for investment management. The financial community needs to collaborate with scientists to create a workable model.”

Van Lamoen from Robeco concluded by saying: “In short, there is a growing awareness that the financial affect of high carbon emissions is substantial and that companies must prove to investors that they are able to operate in a new low carbon world.”