Are you investing in controversial weapons? 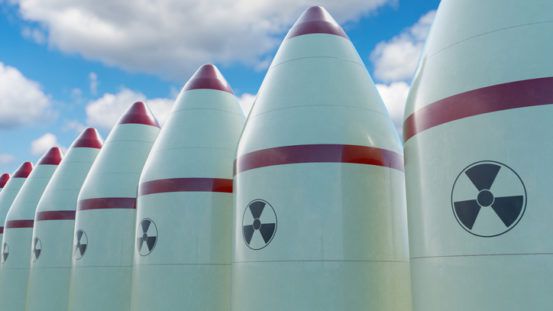 Indices such as MSCI World, S&P500, and FTSE All World indices all include firms that contribute to the manufacture of controversial weapons, Swiss Sustainable Finance chief executive, Sabine Döbeli told Expert Investor.

According to Swiss Sustainable Finance investment in companies linked to such weapons is against some national regulation and international conventions.

“Many investors who invest in passive funds and indices haven’t considered that they automatically own a share of such companies,” Döbeli said.

“While the topic is becoming more well known with investors actively addressing the issue to asset managers, the biggest issue is that excluding these companies in indices is not automatic.”

To avoid investing in these firms but still use passives, Döbeli said selectors needed to ask for an index product based on an index but excluded controversial weapons.

“Some of the index providers have such indices on offer, but usually they are more expensive than the standard index,” she said.

According to Morningstar data, out of 73,317 funds domiciled in either Luxembourg or Ireland, 4.6% of open-ended funds were invested in controversial weapons firms, and 0.5% for exchange-traded funds (ETFs).

For open-ended funds, the fund with the largest involvement in controversial weapons is Schroder GAIA Sirios US equities E Accumulation at 17.2%.

A spokesperson for the Schroder GAIA Sirios US equities fund said: “The fund’s exposure is likely to comprise of the long positions in a small number of companies which manufacture weapon parts and a single position which specialises in defence. Our primary exposure to these stocks is to commercial aerospace.”

While excluding controversial weapons created a tracking error Döbeli said this argument for including these firms in mainstream indices was weak.

“On average investors excluding controversial weapons companies exclude something like 15 to 30 companies. And if we talk about the 15 exclusions, we are somewhere around 0.2% or 0.5% of a total index that is excluded so the tracking error argument is not the strongest,” she said.

Pictet Asset Management’s Eric Borremans said that this small percentage could have contributed to the fact that many investors did not realise they were investing in controversial weapons.

“The fact that these companies tend to represent a small weight of global indices makes them a bit invisible,” he said.

“But there is a huge amount invested through passives that it becomes significant in terms of absolute amount of money being invested in such companies.”

Borremans said mainstream indices that included companies from the US, South Korea, and countries that had not signed the Non-Proliferation of Nuclear Weapons treaty – Israel, India, Pakistan, and South Sudan – would most likely contain firms that are involved in controversial weapon manufacturing.

However, Döbeli said there was no easy way to find out which indices included controversial weapons. She said selectors would have to screen the index for specific companies that they defined as “controversial”.

She noted that while selectors could find out whether a company was active in certain areas of controversial weapons the differentiation in definition came from which kinds of weapons they were looking to exclude.

“There are considerable definition differences when you compare research and the fact is it is not easy to find out about such activities. It’s definitely not easy to get this information from the companies either,” she said.

However, Döbeli said they had not received a response from any index providers yet.