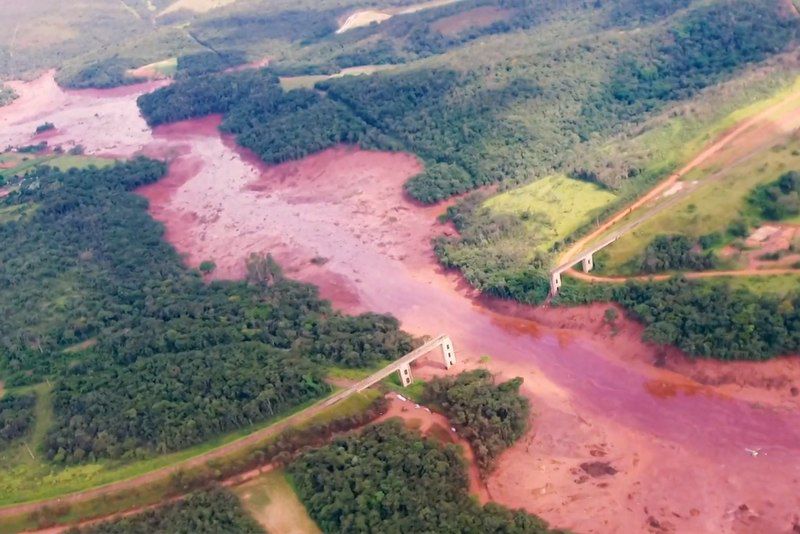 In 2015, 19 people died in a human rights disaster. One fund firm said engagement would prevent it happening again. In 2019, it did, killing 134 people. So why are they still invested?

On 5 November 2015, a dam in the Brazilian village of Mariana collapsed. When the dam burst, a tidal wave of water flooded the village below, sweeping away homes and killing 19 people. The nearby river, a source of life for the local community, was flooded with chemical waste.

The dam’s owners, Samarco – a joint venture between BHP Billiton and Vale – promised to learn from the tragedy. Asset managers invested in both BHP and Vale said they would take a stand through “meaningful engagement”.

HOW ‘MEANINGFUL’ WAS THE ENGAGEMENT?

In 2017, Norwegian fund group KLP addressed delegates at the UN-backed Principles for Responsible Investment conference in Berlin. Asset managers MFS and Actis were also on stage for the panel on human rights.

Annie Bersagel, the then head of responsible investments at KLP, told delegates that the company was appalled by the Samarco disaster and had urged owners BHP Billiton and Vale to assist the local community. Bersagel said KLP had quizzed them over the systems put in place since to ensure such a tragic event would not happen again. Crucially, KLP decided not to divest from BHP and Vale.

Bersagel said that KLP felt divesting after the disaster wouldn’t help the investment performance of client portfolios, because they would be selling out when the share price had dropped in reaction to the disaster. She also said that it wouldn’t help influence the investee company’s approach to human rights.

“The fundamental impact of KLP divesting means absolutely nothing to them,” she said at the time. “It is the reputational impact that is important to them.”

Engagement, Bersagel insisted, was the only way to ensure investors’ money was protected, promising that engagement would help improve the human rights records of the companies involved.

Two years later, it happened again. This time there were 134 deaths, 23 no fatal injuries and 226 people missing when the Vale-owned Brumadinho dam collapsed in January 2019.

ESG Clarity asked KLP if it was still invested in Vale, and whether it was rethinking its engagement approach on human rights, given that a second disaster killed more than 130 people less than two years after the asset manager trumpeted the benefits of engagement live on stage.

“We have specifically targeted this company for engagement due to the Samarco accident back in 2015,” she said. “We have had dialogue with the company over the last three years.”

KLP’s Bergan said the company sat down with executives from Vale in June 2017, specifically flagging concerns regarding dam safety, and to obtain clarification over measures taken to ensure future incidents would not occur.

“We are surprised, but mostly deeply saddened, that this is happening to Vale again now. We know the company implemented many measures to ensure tailings dams safety, and it is of course very worrisome that these measures where not sufficient,” she added.

“We are, and will be, monitoring the case and company closely, while at the same time considering our investment.”

On 28 January 2019, the Corporate Human Rights Benchmark (CHRB), said it was suspending Vale from the list, saying it “would not be appropriate to continue to rank Vale” in the wake of such a tragedy.

“This latest dam collapse in Brazil is a tragic example of what can go wrong on business and human rights,” CHRB director Dan Neale, said in a statement.

“Given this latest disaster involving Vale, we have moved to ensure their inclusion in our Benchmark is not now misleading.

“We have suspended Vale from the 2018 Benchmark and will review this and any adjustments to our methodology needed to deal with such emergent, large scale, human rights impacts when more information is available.”

KLP says that human rights are at the core of many of its investment decisions, adding that it will exclude companies where it believes there is an unacceptable risk of companies contributing to serious human rights violations.

Crucially, though, KLP has kept its investors’ money invested in Vale.

“We have not contacted Vale after the recent accident – as the company now need to focus all its resources on handling the emergency situation,” Bergan added. “For sure, we will follow up with the company in due course.”

In a media statement, Vale said that it met all necessary local and national regulations in operating the dam and had conducted emergency response testing during 2018.  The dam had an emergency warning system, complete with warning sirens, it said. Vale added that the entire population of those living downstream from the dam had been registered.